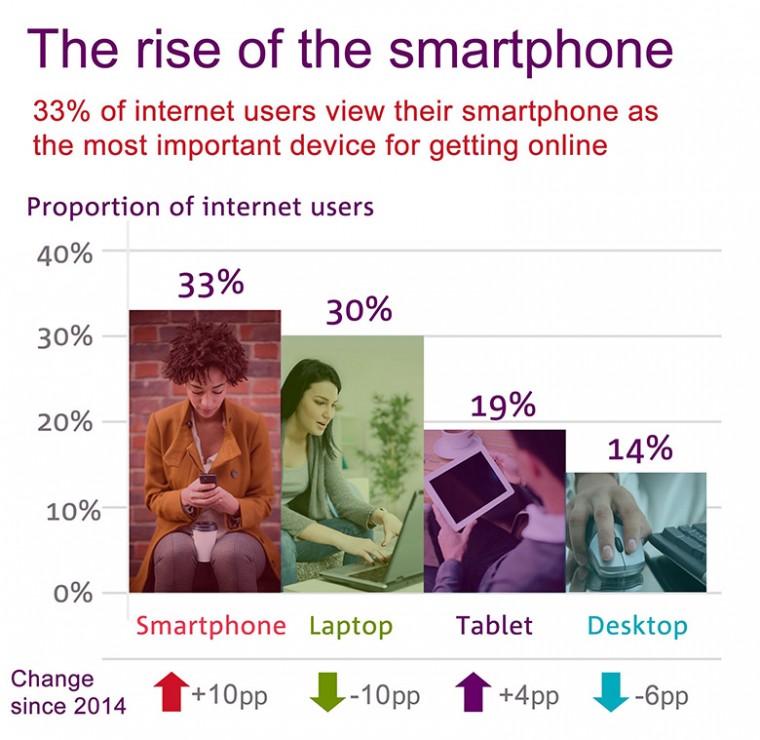 The rapid growth in smartphone ownership is being fuelled by the increasing take-up of 4G mobile broadband which offers faster online access. During 2014, subscriptions to 4G services jumped from 2.7 million to 23.6 million by the end of 2014.

We now spend almost twice as long online with our smartphones than on laptops and personal computers. On average, mobile users spend nearly two hours online each day using a smartphone to browse the web, check social media, bank and shop online. 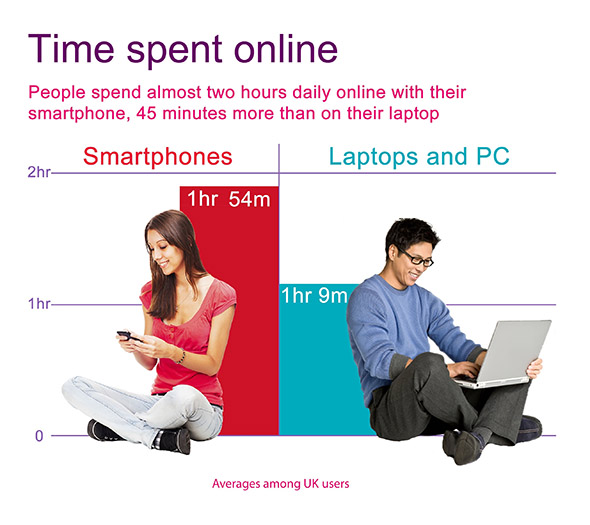 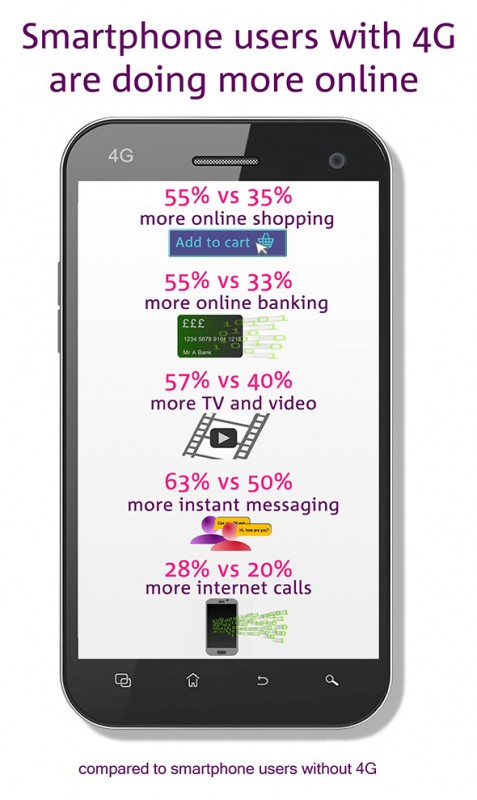 James Thickett, Ofcom Director of Research, said: “4G has supercharged our smartphones, helping people do everything from the weekly shop to catching up with friends with a face-to-face video call. For the first time, smartphones have overtaken laptops as the UK’s most popular internet device and are now the hub of our daily lives.”

Back in April, search giant Google reacted to the growth in smartphone usage by rolling out its “Mobile Friendly” algorithm to help mobile users find more mobile-friendly content and websites.

Find out more about our web design and development services

Looking for an ecommerce agency to help improve your website?

Contact us today to arrange a meeting to discuss how we can help you to scale up your ecommerce business to the next level.
info@sozodesign.co.uk
01242511912

Looking for a digital agency to become your long-term partner to help your business succeed online?

We use cookies on our website to give you the most relevant experience by remembering your preferences and repeat visits. By clicking “Accept”, you consent to the use of ALL the cookies. However you may visit Cookie Settings to provide a controlled consent.
Cookie settingsACCEPT
Manage consent

This website uses cookies to improve your experience while you navigate through the website. Out of these cookies, the cookies that are categorized as necessary are stored on your browser as they are essential for the working of basic functionalities of the website. We also use third-party cookies that help us analyze and understand how you use this website. These cookies will be stored in your browser only with your consent. You also have the option to opt-out of these cookies. But opting out of some of these cookies may have an effect on your browsing experience.
Necessary Always Enabled
Necessary cookies are absolutely essential for the website to function properly. These cookies ensure basic functionalities and security features of the website, anonymously.
Functional
Functional cookies help to perform certain functionalities like sharing the content of the website on social media platforms, collect feedbacks, and other third-party features.
Performance
Performance cookies are used to understand and analyze the key performance indexes of the website which helps in delivering a better user experience for the visitors.
Analytics
Analytical cookies are used to understand how visitors interact with the website. These cookies help provide information on metrics the number of visitors, bounce rate, traffic source, etc.
Advertisement
Advertisement cookies are used to provide visitors with relevant ads and marketing campaigns. These cookies track visitors across websites and collect information to provide customized ads.
Others
Other uncategorized cookies are those that are being analyzed and have not been classified into a category as yet.
Save & Accept